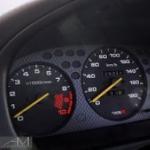 Top Posters In This Topic

Thanks for your words :) Yep, I have a love-hate relationship with this car, but it cost me soo cheap to maintain, confortable and it takes me a smile when I see Im capable to fix it so easily by mise

Nice one that. I feel proud of what I've done. I'm IT, not mechanic, all I know is self learned reading in forums, watching in youtube...its really satisfiying, sometimes I think I enjoy more working